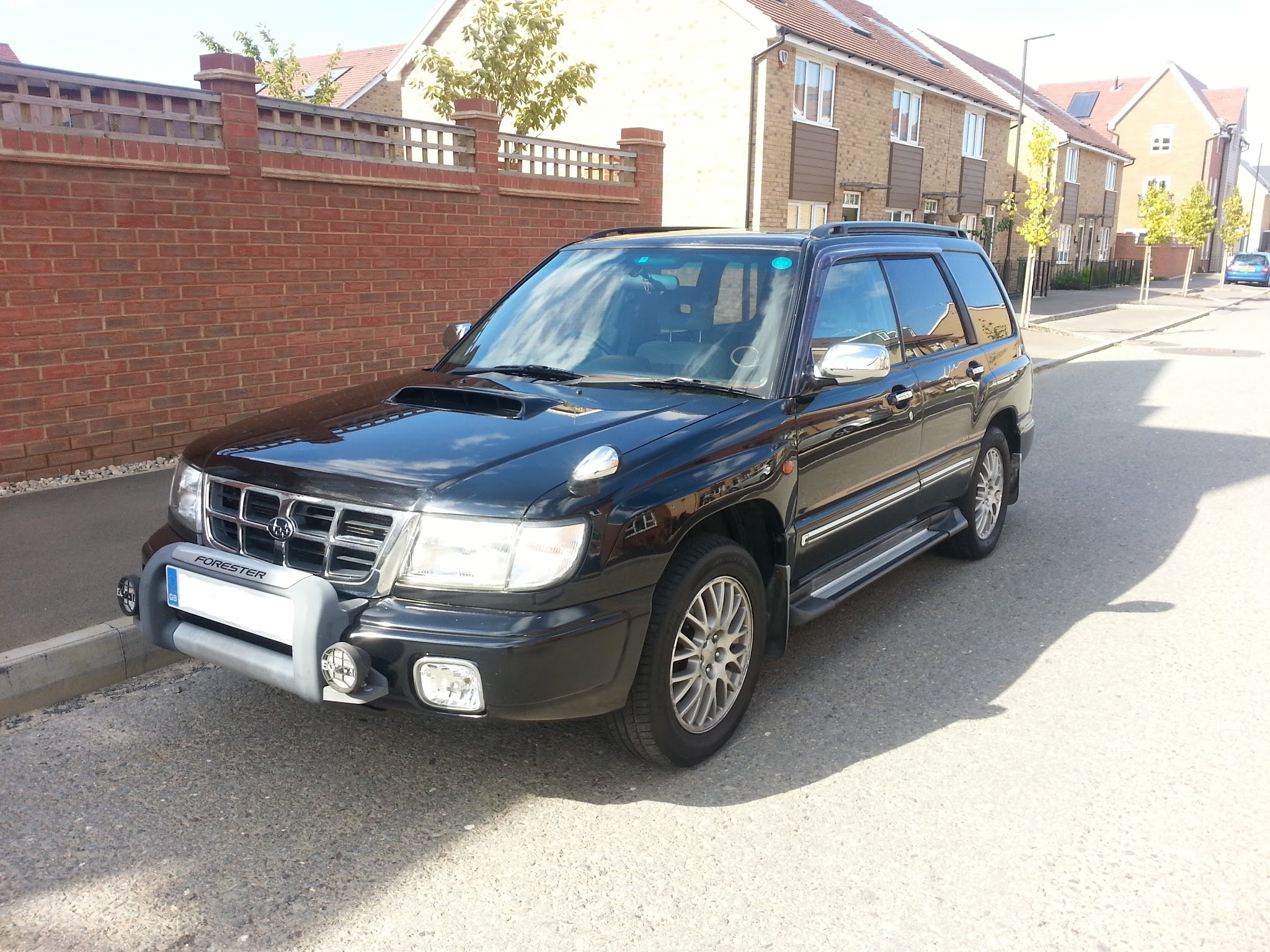 
So I wanted a car which would be suitable for the family (a have a son now), would have a decent boot space, safe and would be fun to drive...


This is 1997 model with 250 bhp standard, this one though has a bigger exhaust (great sound), so would be slightly better flow -)


So far I was unable to find knowledgeable forum like this one for a starlet, may be someone could point me in the right direction?


I already had a fuel pump failed on this car -) The gearbox light started to flash occasionally a week after I bought the car - it starts flashing once I enter a pothole for some reason, if driving on the good road surface, wouldn't cause any problems even for 500 miles drive... The starter failed to start the car twice from the 1st attempt, I wonder if it has something to do with the fuel pump as I put the one of the WRX instead of buying the forester one. Apart from that it pulls like a train and goes really well. Compared to my old starlet which was 177 bhp and did 14.5 sec, this pulls slightly slower from the start, BUT, there is a big BUT, the starlet was always fighting for traction and if the road surface was dump or not very good quality there were very little grip and it wouldn't accelerate very well. This car with 4x4 system will get you off the start lane no matter the road conditions and the bigger engine power especially noticeable after 60mph, put it this way - the acceleration after 60mph feels the same as for instance 20mph to 40mph, so definitely would eat my old starlet alive on the motorway -)

Another bad point is that the new radio I fitter has some really weird interference (not just the radio) possibly coming from the bad ground, I need to investigate that it possibly has something to do with the rear fog light as it has rusted and I don't think it was professionally installed...

Handling is really good, this particular model has rear LSD and it really is impressive - and I used to have Brand new Meister R coilovers on a starlet and it was lowered and really stiff!

Blimey Paul, that's some change from the Evo.

Looks like some space, saftey, comfort and economy with loads of power up top not a bad a choice...
It will be hard to find a forum as dedicated and deep as this one but you could try
the OZ & NZ site to get you going. There are Subaru forrestor forums including international ones at this main link http://www.subaruforester.org/vbulletin/
and congratulaions on the family.

Looks great, should breeze through whatever weather the winter throws at you.

Once you iron out the small issues it'll be smooth sailing. You may get a pair of wellies and a body-warmer though, you're a farmer now!

Rev said:
Looks like some space, saftey, comfort and economy with loads of power up top not a bad a choice...
It will be hard to find a forum as dedicated and deep as this one but you could try
the OZ & NZ site to get you going. There are Subaru forrestor forums including international ones at this main link http://www.subaruforester.org/vbulletin/
and congratulaions on the family.
Click to expand...

A miss my Glanza already -) Toyota is way more reliable for sure, also it's a great forum here, The subaru forum is more like 50+, so even though there are a few nice people out there - this forum is waaaay more technical.

The Subaru traction is truly amazing - no matter the weather, you just don't have any wheelspin full stop (well, unless you force the car to go to front wheel drive only with a special fuse). The only time I experienced the wheelspin when I was driving on ice, but that lasted for about 2-3 seconds.

There are some disadvantages of course, like the petrol consumption -) And I still was unable to fix the gearbox error 25 - Engine Torque control signal - as none of the mechanics were able to help and the error just comes and goes, so might be a bad wiring somewhere...

Good to hear you are still farming about Paul!

Was talking to a Subaru owner the other week and he said it's been a great car ever since he replaced everything lol.

That being said I was rather tempted by one of these yokes: 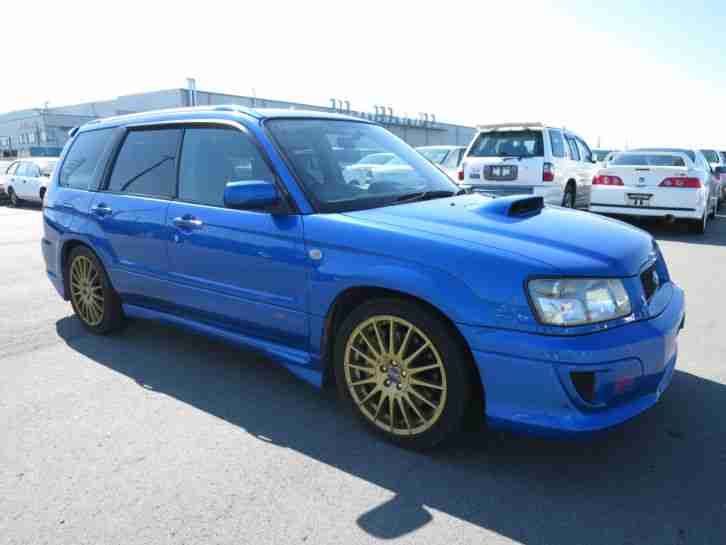 Back when I was looking a 4WD. Ended up with a Lexus which also has an older following so I feel your pain!
P

The best thing about this forester is that most of the car is fully compatible with Impreza STI, meaning that it's easy to find the parts and they're not that expensive either + there're tons of mods available.

Here is the video about my car by the way -) I was able to find the advert. Pay attention to the optional extra - LCD DVD/GPS - bloody hell that's in 1997, I bet that was a fortune back in the day to install that.
https://youtu.be/9spOpjhrIVM

It's a family car I'd say, I have a little one now and he loves this car and there is plenty of space in the boot for any needs you might possibly have, the boot is just huge after a starlet, I'd say about 4 times bigger.
That STI looks awesome, I've seen the review about the 330 BHP version, they might look like big and clumsy but they handle really well, you'll be really surprised the way they handle. It's just doesn't feel like a big car, it has loads of space, but yet it drives like an Impreza, the insurance is dirt cheap as well. Mine is a very first model which is basically a classic impreza STI pretty much everything, a true sleeper basically.

Forester is a great car for sure!