Some photos from the TGTT Archive

2006/2007 I think. Mackers, Domo's, YBY's, my first auto, oh the memories! This is only a small selection of what was in NI at the time, Southern Ireland was full of them. In terms of early importers Madden Motors down South brought a lot of them in initially, Grahams of Saintfield brought 88 in up North around the same time (1998 ish) and both were well beaten to the punch by Trevor Rosborough who brought a 1990 GT in way back in 1991. He set up a trading post on TGTT years later and helped a lot of folks find themselves hooked on boost. That's an Evo he was selling at the time of the meet.

NI pretty much got them first, they spread into the South and then the Mainland UK cottoned on to the act. Then it all took off!

That Advance was the first TDo4 Starlet built in the British Isles and was auto, the blue GT was the first manual TDo4. Both built by the brilliant Craig Brothers in Ballyclare.

A few old ones from the 'Trevor' folder - think he imported all of these, wonder how many are left?

How many of these cars actually sold in Japan?

Do we have any figures.

Calum122 said:
How many of these cars actually sold in Japan?

Closest thread we have on the topic:

Jay said:
Closest thread we have on the topic:

That's more than I was expecting.

Tell me about it - doesn't feel that long ago!

Earliest meet I have pics from would be 2002/2003 ish. Some of the original North Stars on the way to a Dublin Airport meet.

How many of those do you reckon are still knocking about.

I ended up breaking the two on the left, the advances I've lost track of and the one at the end is squirrelled away in a garage (same owner all these years).

Finally got the old archive shifted to the new computer so..

Have you any pictures of a Squarelamp GT in Advance/Limited colours with a mk1 bumper?or any dark two tone mk1's

Not too many mk1 bumpers made their way onto advances or limiteds and the mk1 two tones are generally quite bright paints.


However this is the archive so .. 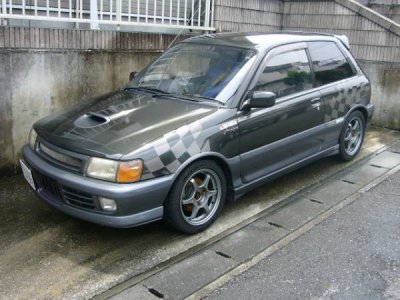 I knew you wouldn't disappoint thanks!

I was at some of those meets. I remember meeting Trevor that day in the black evo that day in Belfast. If memory serves me right I stayed in your house. Wowzers

Some from a shoot years ago, she will be back to her best soon if you get a chance checkout my youtube channel Down at the unit YT